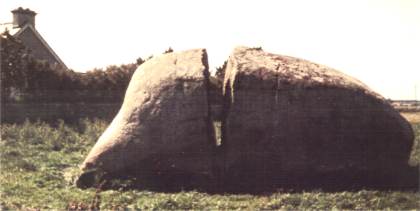 SPEECHLESS, Sean stared at his mother, he didn’t understand.

“Let me tell you a story.” She took his hand in hers. “Say nothing until I have finished.”

Sean looked up at her and nodded, biting down on his lip.

“A long time ago, my people traveled this country helping the workers on the land. I was young then and, some say quite beautiful. Many came to court me but I was not interested in any of them.” Piotal brushed the hair out of Sean’s eyes. “One night, not very far from here, we were attacked. We scattered so they could not catch us all at once. I ran into the forest and got lost. I searched and searched but could not find my people. Tired and very frightened I found a place to hide before the sun came up. I lay down under a sycamore tree and cried my self to sleep.”

Unnoticed, Melo sat down and listened to her tale. One large tear rolled down his cheek.

“Patience my son, let me go on with my story.

“The next thing I know is that big silly dog of ours was trying to lick the skin off my face! Then a voice, rich and beautiful called the dog’s name, Liath. But Liath took no notice as he scratched at the leaves.

“When I looked into your father’s eyes, I fell in love, forgetting everything else. This was the man I had been waiting for. . ..” Piotal looked into the distance, lost in her own thoughts.

“There was a problem.” Her face clouded over. “You see, your father was a mortal and I was – of the fairy clan – the same size as my kin that you met in Tir-Na-�g. We were not allowed to marry humans. He carried me to the fairy glen and pleaded with them to let us marry as we could not live without each other. My father, the king. . ..”

“Hush, let me go on. My father called all the elders together to discuss the problem. For three days and nights they talked, then gathered around us and gave their verdict.

“They would change me into a mortal, as much as they could and give their blessing but I, would have to help them three times. I was very happy to agree to this because it meant I could stay in touch with my clan and, marry the man I loved.”

Sean bit nervously on his lip as his mother brushed his face with her hand. Melo sat quietly staring at the ground.

“I could not refuse them, I had made a promise.” Tears filled her eyes. “You were my first born. They came the day you were born and bestowed the power of , Shanahee and Staraf. Storyteller and Historian.

Sean climbed back onto the mound and put his arms around her. “Don’t be afraid mother – I’m not!”

She laughed and kissed him on both cheeks. “Come, we must catch up with your father!”

A snuffling noise behind startled them.

“Sean – a cara.” Melo brushed a tear from his cheek. “When the fairies come, return here, for we have to go to the mountains.

“Piotal Princess, never fear.” The Giant laughed gently. “He is well-blessed. He has the protection of your clan, my friends the Leprechauns and he has me. He will come to no harm.”

“You are right, Melo, and you are a good and gentle Giant.” Princess Piotal sighed. “Come my son, walk with me to the kiln.”